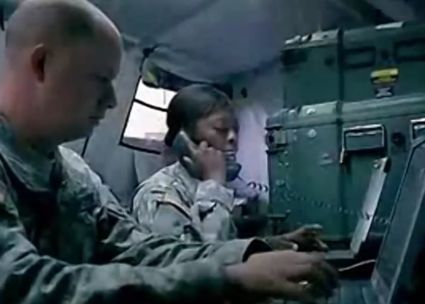 o successfully implemented a process that eliminated the redundancy of the required BDE reports to Division and state, resulting in accurate reporting procedures

o self reliant in the absence of orders; planned and executed HR functions that reduced processing times by 20%

o effectively managed evaluations for CDID; reduced the overdue percentage from 10% to 0% in less than 30 days

o unparalleled ability to multitask and handle all human resource metrics; increased HR metrics from 80% to 98%

o self reliant in the absence of orders; able to plan and execute HR core functions and meet all suspense dates from NGB and MI

o proactively resolved TRICARE, pay and benefits for Soldiers and their families impacting thousands; MI was #3 in the 54

o functioned at the organizational level as an E-7; performed in an outstanding manner as the NCOIC in his extended absence

o entrusted to distribute workload and priority of HR actions to her team for a population of more than 8,300 Soldiers

o trained her soldiers to conduct PRT correctly for over 19 organized PT sessions during her rated period; resulted in successful sessions for the sections

o completed 60 volunteer hours for the community; enhanced the relationship between the military and civilian agencies

o spearheaded over 25 low density training sessions during this rating period; ensured soldiers were proficient and competent in their assigned HR areas

o mentored and groomed her soldiers' professional development: resulted in soldier graduating Basic Leader Course and getting promoted to Sergeant

o promoted a positive work environment for soldiers; approachable and empathetic leader for both personal and professional matters

o trusted professional within the unit; built impeccable internal and external relationships within the organization and with the local MPD

o natural leader; possessed the ability to balance her soldiers' needs with missions and tasks without failure

o prioritized the commander's goals and expectations on personal readiness; ensured the completion of 100% for all PRR in a three week period

o ensured that her soldiers enrolled in college courses; a total of 40 college credit hours were completed

o maintained strict accountability and serviceability of the arms room equipment valued at over $500,000 with no loss

o created and enforced a strict accountability of all administrative actions within the S1, ensuring prompt and reliable service

o coordinated with First Sergeants within the battalions to ensure readiness; honest and dedicated selfless leader

o effectively managed the evaluations for the battalion, improving the overall overdue percentage from a 16.0% to a 1.8% or lower

o her leadership, expertise and high standards had a profound impact on the HQ ability to function effectively over this period

o was the subject matter expert during monthly USR's; taught and mentored six AGR S-1's how to properly conduct USR

o recognized twice by FORSCOM for contributing to the BDEs recognition as the Best S1 DD93/SGLV; above 99.85

o created job aids, tools, and other materials to train Soldiers in the use of new forms, reports, and procedures disseminated from Human Resource Command Headquarters

o trained his Soldiers on casualty operation during NTC completing over 200 Casualty Packets without error; instilled confidence in them for deployment

o corrected and processed over 165 NCOERs with a 100% on-time rating to HRC; resulted in being the only unit in the brigade without 1 late NCOER

o as the unit S-1 NCOIC, utilized external resources to enhance and improve the overall effectiveness of the Rest and Recouperation (R & R) tracking system to include each of the 308th housing units within the Detention Facility In Parwan (DFIP)

o assisted in the creation of the NCO evaluation report, medical, award, and promotion tracking modules

o personally ensured each one of his Soldiers were intimately familiar with the purpose, employment, and operation of all Data Systems within the HR Arena

o created and enforced a strict accountability of all administrative documents within the S1, ensuring prompt and reliable service for over 800 Soldiers in the Battalion

o selected as Financial Obligation Officer, ensured all funds accounted for and spent in accordence with regulation

o Kept the Commander up to date with Personnel Accountability

o planned and executed assignment of all schools, weapon ranges, and pre-deployment training requirements for 3 subordinate units within the Battalion

o placed over 3,000 Soldiers into over 100 different Army schools

o stepped up to take on extra responsibility and duties; helped office meet their goals as a team

o put in long hours, and, although junior in rank, continues to manage our most critical programs

o reviewed more than 3,000 Medical Evaluation Board packets, led section with the highest number of reviewed packets, while maintaining accuracy

o transferred all the Battalion's 201 files to iPERM filing system within 30 days of arrival; increased productivity

o diligently processed required all administrative paperwork in a timely manner, facilitated the promotion of her fellow Soldiers

o exceeded her responsibility for accounting and reporting for 93 Soldiers, twice daily

o processed 10,000 pounds of bulk mail; made available to patrons within 24 hours; surpassed DoD standard by 70%

o assigned to take over mail room supervision due to his bulletproof integrity; lost and undelivered mail rate immediately reduced by 50%

o identified opportunities for theft and eliminated them; increased mail delivery rate to 95%

o constructed and implemented an effective detachment-level mail storage facility, which significantly increased the unit's ability to maintain accountability of and manage distribution of the Soldiers' personal mail and parcels

o coordinated and distributed over 12,000 pallets of mail over the holidays, ensured every Soldier received their mail, which improved morale in the Bn

o established a MOA between two services; briefed officials within the Air Force and the Navy

While serving as a Human Resources Specialist, SGT Young mastered JPERSTAT accounting for over 2,800 personnel and often trained the subordinate battalion S1s on how to accurately report their personnel. SGT Young was directly responsible for the reception and distribution of the IRR Soldiers that arrived in theater.

o established the Pass and Leave program within the BCT, coordinating the flow of Soldiers in and out of theater

o processed over 1,000 End of Tour awards for all of DSTB and attached units, meeting 95% on time

o put in long hours with few days off, and although junior in rank, continues to manage our most critical projects