Overall Performance. The rater comments on the NCO's performance during the rated period. 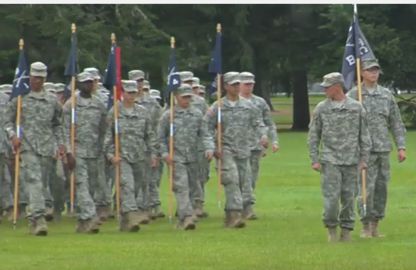 o displayed exceptional ability to complete mission requirements; excelled at duties as a service desk technician as well as a network technician

o a superior leader; unsurpassed maturity and mentorship who sets the standard for all NCOs to emulate

o took complete ownership of his roles as an expert, as a primary trainer and as a source of mentorship

o technically and tactically proficient; the most professional SFC I have served with in 22 years of service

o the definition of a leader; a true force multiplier

o took complete ownership of his roles as an expert, as a primary trainer and as a source of mentorship

o multi-tasked numerous operations, ranging from LOGPAX to refueling operations for a CAV squadron of 250 Soldiers, while maintaining his section's technical and tactical proficiency

o exceptional performance during the rating period; ranks number 1 of 11 Sergeants First Class in the company

o mature and confident Soldier with extraordinary knowledge and initiative

o intolerant of mediocrity; critical and independent thinker who has demonstrated the confidence and mental toughness to achieve results

o selected above his peers to train Officers and Fire Support Specialists during Battalion ASPT and GST train ups; his professional style of teaching instills confidence in leadership to consistently select him to improve our readiness

o has no rival among his peers

o is technically proficient; displays complete confidence in her ability to troubleshoot and correct equipment deficiencies

o was a top flight report writer and an expert wordsmith

o intensely dedicated to the mission and the well being of his section, he demands nothing less than the standard and embodies it in himself

o steps up and completes all missions and assignments due to the lack of performance of a higher ranking NCO.

o a rare mix of intelligence and initiative; a technically gifted NCO who shows a genuine concern for mission accomplishment

o a true professional; his dedication to mission excellence will be an asset to any unit

o stands above contemporaries in personal commitment to professionalism and excellence

o promote to Sergeant First Class immediately; his leadership is needed by Soldiers

o challenge this NCO with positions of greater responsibilities

o send to ANCOC immediately; promote ahead of peers.

o easily the best platoon sergeant assigned; his platoon out performed all others in the company

o hard charging Soldier whose willingness to strive forward has set him apart from his peers. promote!

o trains his subordinates to succeed

o promote now to Sergeant First Class ahead of peers

o earned trust, loyalty, and dedication from everyone in the battalion

o a strong leader with the wealth of experience and knowledge

o accepts nothing less than 100 percent

o accomplished all assigned tasks with some guidance from the command

o failed to seek guidance on how to complete multiple tasks; resulted in numerous delays and missed suspenses

o within the bottom third of NCOs I have previously rated

o SGT XXXX consistently failed to perform the duties and tasks required at his rank; incapable of handling even menial tasks without direct supervision

o needed some help to meet deadlines; could have benefited from delegating, prioritization and multitasking

o NCO's otherwise great performance was severely impacted due to his lapse in judgement during rating period; failed to uphold the Army Values

o unlimited potential; needs to work on his leadership and problem solving before executing duties of greater responsibility

o has potential, with more experience, to excel as a leader

o maintains professionalism and poise; performance is sometimes above average, but has a lack of loyalty and respect for superiors

o a technical SME and a great asset for training, but demonstrates a lack of morale in this Unit. May perform better in another Command.

o promote when NCOES is complete

o disobeyed a direct order from the SSA Accountable Officer

o do not recommend for promotion at this time, with further mentorship and training this Soldier may be ready for greater responsibility

o performance is sometimes above average but erratic; undependable and cannot not rely on for unsupervised assignments

o NCO is not a contributing member of the U.S. Army; do not retain and remove from positions of responsiblity immediately

o NCO consistently fails to perform the duties required at his rank; incapable of handling even menial tasks without direct supervision (MAB)

o maintains professionalism and poise, but lacks motivation to lead

o resists change and is unable to adjust or be flexible

o does not prefer to be in a leadership position, does not command respect from subordinates

o performance is sometimes above average but erratic and undependable, could not rely on unambiguous assignments

o promote to Staff Sergeant with peers; continue to groom as squad leader

o send to Advance Leaders Course when slot is available

o performs at expected levels, does not distinguish himself from his peers

o promote to SFC if slots are available, send to ALC immediately

o promote at the convenience of the Army

o unable to report to work on time and needs constant supervision. Retention is not advised.

o SSG Smith is uncooperative with leadership and fails to understand the difference between "taking care of troops" and following orders. His combative attitude is counter-productive and a liability to this Command.

o not fit for this type of activity, exhibits a negative attitude and should be disqualified

o has the potential to be an excellent technician but is often careless with...

o cannot work with his peers and is counter-productive

o allowed the pressure of family issues to affect her performance. Recommend release from duties and counseling until such time she can resume work without endangering others.

o lacks experience and fails to understand the importance of advancement

o probably the worst performer in our Command

o failed to meet Brigade standards and should not be retained

o demonstrated a lack of skill in some duties, has potential, should double training efforts

o does not comply with regulations and is a threat to the safety of this battery. Recommend discharge at earliest opportunity.