This page lists examples of NCOER bullets that are appropriate for the categories on the NCOER. To contribute bullet comments, e-mail them to editor@armywriter.com or use the form at the bottom of this page. Thanks! 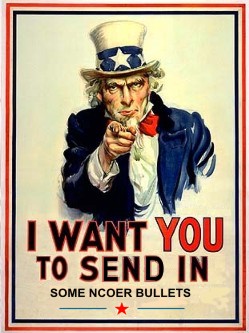 When the rater enters bullet statements on the NCOER, they should match the rating marked: Excellence, Success, or Needs Improvement. Below are examples of comments describing these decreasing levels of performance.

Exceeds standards; demonstrated by specific example(s) and measurable results; special and unusual, achieved by only a few; clearly better than most others. Examples:

Meets all standards; majority of ratings; fully competitive for schooling and promotion; counseling goal to bring all NCOs to this level. Examples: