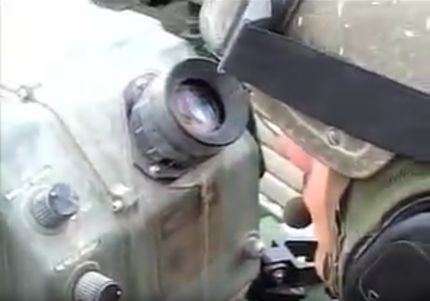 o during the leader training program at Fort Irwin, service member was able to fight and win as a functional member of the team

o fired over 3,000 rounds for the Brigade and assisted in certifying 30 RADAR section and all howitzer section in in Bravo alpha and Charlie battery

o was instrumental in the successful firing of over 1500 rounds resulting in 1,000 West Point cadets becoming more familiar with field artillery

o assisted in the maintenance and accountability of equipment valued at over $600,000

o DAGR Certified 25 personal from HHB and 9 from Bravo

o assisted with the clearance of fires/air de-confliction for all fire support missions during Division Combined Training Exercise, UFG and Yama Sakura

o totally committed to the Army's mission; displays the highest degree of integrity and loyalty

o motivated at times but failed to uphold, maintain and portray the standards of Army Values in their entirety as expected of an NCO

o selected to fulfill the duties and responsibilities as both a SFAAT Personnel Security Detachment NCOIC and SFAAT Platoon Sergeant for a team of 24 personnel.

o confidently displayed his technical and tactical knowledge; managed the security detail for over 15 Shurras and numerous daily meetings with Local National Leaders

o confidently displayed his abilities in both technical and tactical knowledge; provided security for over 15 Shurras with Local National Leaders and numerous daily meetings

o proved his ability to quickly adapt to changing and demanding requirements of all situations; took on every task with confidence and purpose without question or fail

o proved his ability to quickly adapt to changing and demanding requirements of all situations; took on every task with confidence and purpose

o performance above average on occasions but erratic and undependable at times; lacks the maturity level required to perform duties as an NCO at this time

o assisted in developing the first ever ANCOP Leaders book; received praise by the ANCOP Commanding General and adopted as the basis of all future Leaders books

o set the standard of expectations of an NCO and leader resulting in three Soldiers of the SFAAT being recognized for excellence by the 4th ID Commander, MG Anderson

o spent countless hours preparing his team through the use of crew drills and battle drills that ensured the mission readiness of his soldiers throughout the deployment.

o led from the front; epitomized what every NCO should be; aggressive, intelligent, and a value based leader that inspired and cared for his Soldiers

o embraced the need to improve, when identified, his leadership skills by taking on additional responsibilities pertaining to Soldier development

o has the potential to be an effective leader but needs to build and strengthen leadership skills; needs further development to assume role and position as an NCO

o portrayed firm military bearing and mental toughness demonstrating to his Soldiers, peers and seniors his can do attitude and clear resolve in any situation

o challenged his soldiers to better themselves by conducting a rigorous physical fitness program; conducted one APFT while participating in combat operations

o unbelievable mental and physical endurance; set the example in all aspects of his duties, managed multiple tasks above standards in stressful situations

o set the example in all aspects of his duties, managed multiple tasks above standards in stressful situations; meeting all deadlines and completing all tasks before required

o strived and made significant progress in standard overall military bearing while assigned to the SFAT team; continues to grow personally and professionally

o instrumental in the success of SFAT Team 33 being recognized as the Top SFAAT Mentor Team out of 47; steadfast pursuit for excellence in mentorship and training

o developed, prepared and conducted counter IED "train the trainer" courses for the 2-2 ANCOP Kandak in support of ISAF's "Afghans in the lead" campaign

o instrumental in the success of SFAT Team 33 being recognized as the Top SFAT Mentor Team out of 47; steadfast pursuit for excellence in mentorship and training.

o assisted in the mentorship and training of seven local national linguists in basic instructor responsibilities; expanding the role of linguists as assistant instructor

o dedicated countless hours training and mentoring junior leaders on responsibilities and duties; to include the caring for all Soldiers needs and self-improvement

o oversaw the maintenance of four MATV's; team was able to conduct of over 100 total successful Combat, Joint Forces and Logistical patrols without incident

o held a standard of safety and accountability not commonly seen in NCO's of his grade; overseen accountability of over 6 million dollars of equipment without loss

o established his unquestionable integrity and willingness to take responsibility for his actions and of his Soldiers; took immediate action to address and correct any issues

o fostered an environment that put emphasis on composite risk management; resulting in zero accidents during this rated period

o designed from concept to executing a CASEVAC modification for the MATV that proved to be highly effective; his ingenuity was reflected in every faucet of operations

o fostered an environment that put emphasis on composite risk management; resulting in zero accidents during this rated period

o promote to Master Sergeant ahead of peers; will excel in positions of increased responsibilities

o select for advanced NCO schooling and assign to the most challenging duty positions available; he will exceed all expectations

o unsurpassed proficiency as a manager of personnel; unlimited potential to serve in areas of higher responsibility; commands excellence and expects nothing less

o led from the front; epitomized what every NCO should be; aggressive, intelligent, and a value based leader that inspired and cared for his Soldiers

o develop leadership skills prior to being considered for NCOES schooling