Click on the appropriate link below or scroll down for general, non-specific medical bullets. If the MOS of the contribution is not listed, those inputs will end up in the non-specific list at the bottom of this page. 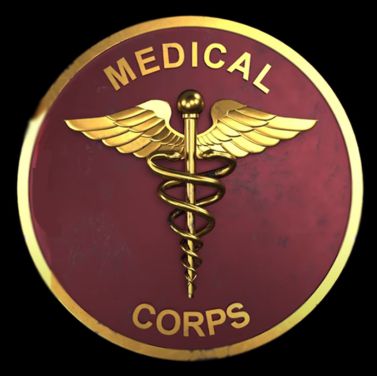 If the MOS is not included, inputs will end up here

o demonstrated superb leadership as the Senior NCO for Perioperative Services; resulting in positive patient outcome in over 1500 surgical procedures

o enhanced the health and welfare of Ft. Campbell beneficiaries

o organized the 2014-2015 influenza campaign and the vaccination of over 25,000 Soldiers in less than 90-days; first FORSCOM unit to reach 95% compliance before MEDCOM deadline

o ensured MEDPROS data for the BN as maintained and annotated in database; improving combat effectiveness of more than 73 Soldiers

o designed and implemented a vigorous physical fitness program resulting in his Platoon scoring the highest PT average in the Company, with zero failures

o produced outstanding results while serving as first sergeant during his absence; directly attributed to 73 Soldiers' security, morale and drive to win on the battlefield

o planned, coordinated and supervised the BN immunizations and deployment SRP drive; resulting in 100% combat readiness for a BN of over 350 Soldiers

o produced exceptional results while serving as BN CSM for 350 Soldiers during his absence, allowing the BN CSM to conduct 13 battle field circulations

o dynamic and energetic leader who exceled in all areas, scored 272 points on APFT despite rigorous combat OPTEMPO

o trained, coached, and mentored two NCOs to compete in the Brigade's Sergeant Audie Murphy Club board; one NCO selected to compete in Division SAMC

o planned, coordinated, and resourced the medical support for every battalion range and combat patrol, as well as multiple distinguish, visitor FOB visits

o coached and mentored one sergeant and two staff sergeants to serve as platoon sergeants; directly improving combat effectiveness for more than 73 Soldiers

o supervised the completion of countless B-Hut and aid station construction projects in two and a half months; significantly upgrading living and working conditions

o directly responsible for the serviceability and accountability of over $9.3 million dollars worth of equipment

o had zero losses of equipment or safety incidents during his Soldier's movement throughout Regional Command East, Afghanistan Area of Operation

o conducted dental services to outlying FOBs in theater with the brigade dentist, resulted in over 15 Soldiers treated without leaving their area of operation

o completed nine hours of civilian education with a GPA of 3.5

o displayed a good attitude when faced with difficult tasks

o encouraged his Soldiers to enroll in college classes and complete correspondence courses, achieved over 500 hours to promote their personal and professional growth

o hand receipt holder for over $900,000 worth of medical equipment with zero losses or report of survey

o emphasized safety, resulted in a successfully redeployment of his Soldiers and equipment

o demonstrated superior knowledge of company operations while expertly managing the company asset, personnel and equipment within the command post during OEF XI

o revamped a dysfunctional mailroom operation; directly improved the morale for over 73 Soldiers by consistently delivering over 100 pieces of mail per week

o consistently fulfilled her duties with skills and confidence; reliable NCO in the company who always met deadlines

o assisted four Soldiers with physical rehabilitation while on extensive profiles; enabling them to successfully come off profile and pass APFT

o served as the Senior Medic during two Bastogne Over watch Combat Logistics Patrols; responsible for treating more than 60 Soldiers in an austere environment

o exceeded BDE CSM's expectations by planning, coordinating and executing the first BDE NCO/Soldier of the Quarter Board Competition for six Soldiers and five NCOs

o executed the unit's equipment RESET plan for over $1.7 million in field and sustainment equipment in a timely manner while serving as the company RESET NCO

o displayed a superior level of confidence; won the respect of seniors and subordinate Soldiers within the unit

o coordinated a seamless inspection and movement of 14 shipping containers filled with over $1.7 million worth of equipment in support of OEF XI

o selected over three NCOs to serve as the supply sergeant for a medical company; commended by the battalion command sergeant major for superior performance

o reenlisted in a deployed environment; set the example that led her Soldier to reenlist

o managed $4.7 million worth of organizational and theater provided equipment during deployment without losses or damages

o developed a database tracking and maintenance system for over $200,000 worth of sensitive items; maintained a 98% readiness rate of all equipment

o selected over 15 NCOs as an EFMB candidate; trained over 200 1BCT Soldiers on Tactical Combat Casualty Care in preparation for EFMB

o spent countless hours training Soldiers on tactical and technical knowledge; resulting in one Soldier winning the 111th Battalion's Soldier of the Month Board

o accounted for $190,000 worth of MTOE, weapons, DAGRs, medical sets and field litter ambulances with no loss of accountability

o mentored and tutored a junior noncommissioned officer and one Soldier; resulting in two NCOs winning the Battalion NCO of Month Competition

o shared knowledge of operations and administration; enhanced performance of peers and subordinates

o developed and implemented a plan to improve and revamp eight casualty collection points on FOB in support of over 3,500 residents

o received laudatory reviews from command for her role in reconstructing a dysfunctional 20 LIN hand receipt in excess of $200,000; resulted in 100% accuracy

o stressed safety first to all Soldiers; continually emphasized to her peers the importance of an accident free environment

o set the example for Soldiers in her squad by demonstrating a high level of integrity and professionalism; resulted in a well organized, competent and disciplined Squad

o conducted over 4,500 exposures to help accurately disgnose over 1,056 trauma patients seen at the Forward Surgical Team in 12 months during combat operations

o motivated trainer and mentor; prepared two Soldiers to appear before the Promotion Board earning them their promotable status

o shared knowledge of operations and administration; enhanced performance of peers and subordinates

o hand receipt holder for over $400,000 worth of medical equipment with no loss or report of survey

o stressed safety first during eleven months of combat operations, resulting in no negligent discharges and 100% accountability of all sensitive items