Outstanding achievement while serving as Senior Generator Mechanic and acceptance liaison during the Deployable Power Generation and Distribution System (DPGDS) project from 10 September 2020 to 10 October 2020. During this period, Staff Sergeant Curtis Knight's management and dedication to the assignment enabled him to accomplish the refurbishment of eight units prior to strict deadlines set by the Army. While leading a crew of seven to nine personnel, his meticulous attention to detail and inspection contributed to the identification and elimination of faulty hardware and was a major factor in the passing of rigorous military testing. His attention to the smallest detail prevented possible cancelation of the project and solidified its place in future operations. The distinctive accomplishments of Staff Sergeant Knight reflect credit upon himself, the 927th Combat Sustainment Support Battalion, the Florida Army National Guard and the United States Army.

Outstanding achievement as Senior Generator Mechanic during Operation Allied Spirit IV from XXXXXXX to XXXXXXXX. Sergeant Rose's expertise and dedication was key in providing power generation and heat for the BN ALOC, Fury Battery CP, and maintenance shop office. He ensured all generators and heaters remained operational for the duration of the rotation which directly contributed to the success of BN ALOC and Fury Battery logistical operations. In addition, Sergeant Rose increased morale by providing heat to all sleep tents and work areas. Sergeant Rose's diligent efforts and loyal devotion to duty reflect credit upon him, the 173rd Brigade Support Battalion and the United States Army.

Meritorious service as Power Generator Equipment Repairer while assigned to the 2137th Forward Support Company, Kansas Army National Guard from XXXXXXXX to XXXXXXXX. During this period, Specialist Charles A. Healy, in the absence of his squad leader, assumed the duties of Senior Power Generation mechanic during the 2nd Combined Arms Battalion, 137th Infantry's 2014 annual training. His extensive knowledge, experience, and preparation of the Forward Support Company's generators provided the unit with continuous use of all of its available power generation equipment throughout the training event. He successfully diagnosed and repaired all 14 of the company's generators without supervision or assistance. In addition, Specialist Healy's extensive preparation for the 2137th FSC's annual COMET inspection was a major factor in the success of the inspection. Specialist Healy's attention to detail, diligent efforts, and loyal devotion to duty reflect great credit upon him, the 2137th Forward Support Company and the United States Army National Guard.

Spc Campbell's willingness to learn and motivation, greatly improved her team's ability to complete multiple job orders in this years annual training. She completed all tasks with a positive attitude and went above and beyond her responsibilities to help in any way she could.

SGT Jacobsen oversaw and ensured the success of power generation distribution while deployed with TF LIGHTHORSE to Kandahar, Afghanistan.

He established and maintained vital information and records and ensured all scheduled and unscheduled maintenance was performed to exacting standards.

His foresight, preparation and attention to detail ensured all generators were fully mission capable and operational, assuring that HHC 13th ESC was able to perform all logistical operations during full spectrum operations.

SGT Jacobsen took charge of a chaotic deployment and directed the set up of maintenance tents and power generation for the company allowing the company to setup and assume operations in a timely manner.

SPC Alvarez's eagerness and unmatched devotion directly led to the success of the Division Headquarters and Headquarters Battalion, MTC training. His devotion to duty and selfless service was inspiring as he worked outside of his MOS on numerous occasions cross-training as 91B (Light-Wheeled Vehicle Mechanic). He demonstrated a pattern of outstanding achievement while conducting monthly scheduled services and unscheduled repairs on over 200 pieces of equipment to maintain the Battalion's unprecedented 98% operational readiness rate.

SSG Goyins maintained a PT score above 270 with a weapons qualification on the M16 scoring expert (36).

He cross-trained with AC mechanics and improved their shops response time by 30% and augmented our shop with their mechanics.

After hours, he effectively maxed out on correspondence courses having over 400 hours. In addition, he demonstrated self-development by successfully earning 42 college credit hours this rating period. 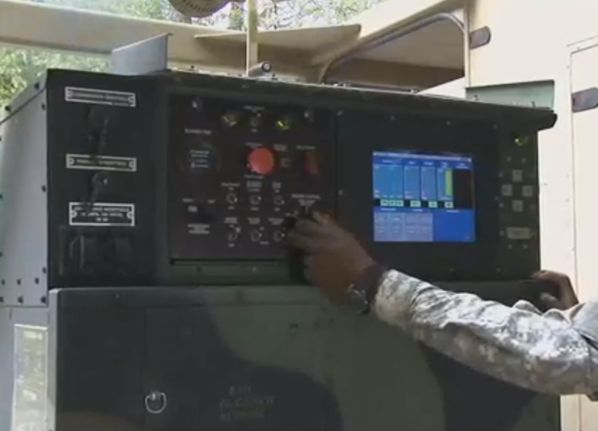