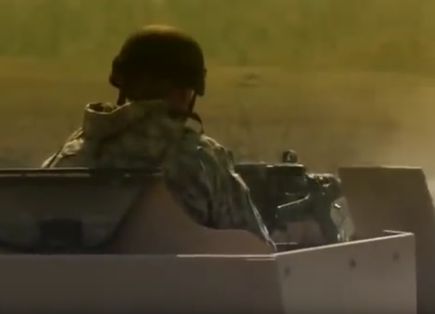 o is an expert marksman with the M240L machine gun

o mentored the Platoon's junior Privates, familiarized them with the M-240B should they ever need to fill that role

o participated in rotations to PTA, NTC and completed a 15 month deployment to Iraq in support of Operation Iraqi Freedom

o integral element in his crew obtaining the highest qualification score during Bradley Qualification Table VI during AT, earning the award of 337th BEB Top Gun

o demonstrated an exceptional understanding of all assigned weapon systems and shared this information with his fellow Paratroopers, advancing the combat effectiveness of the Platoon

o dedicated to his assigned duties; attention to detail, enthusiasm, and indomitable spirit inspired his peers

o completed over 100 high-risk convoy security missions spanning over 8,000 miles of the most dangerous Iraqi provinces

o due to excellent performance in CQB, was selected to train an entire platoon on basic MOUT and CQB operations

o operating outside his MOS, he served as Gunner and Truck Commander on numerous occasions