Click on the appropriate link. Contributions without MOS included will be listed below: 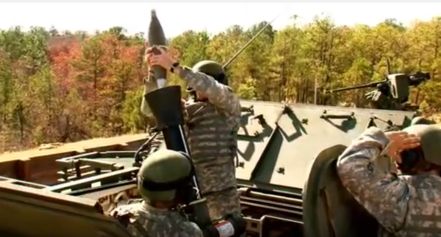 o served as primary driver; mitigated risk and enabled his team to deliver extreme lethality on all targets

o demonstrated complete control of his team and advanced knowledge of his role as a fire team leader at Eagle Flight I (squad live fire) and Platoon STXs; optimized resources under fire

o maintained his team with lethal fires on the objective; facilitated freedom of maneuver for the assaulting element; major factor in the squad's overall success

o his commitment to mission, as well as his own self-improvement, set the example for others to emulate

o acted quickly in attack respone; ensured the security of the squad and ultimately the platoon

o assisted the entire Squadron's FIST with the set up, calibration, and use of the Fire Support Sensor System during Mortep

o reconfigured the communication system inside the Bradley during DEFENDER 20+; enabled positive communications for his FIST team for the duration of the mission

o assisted in PZ set up, marshalling of personnel, and hook-ups on 10 loads with no deficiencies; key to the success of the PZ operations during Top Guns Table XII qualifications

o acted as Dismounted Scout during the Apache Troop Team Live Fire Exercise (TLFX); reconnoitered the objective and used all assets to destroy the enemy in an effective way

o served as a Team Leader, Squad Leader and Operations Sergeant for the BN on multiple combat deployments

o practices COIN on a daily basis; overall readiness for the mission is above reproach

o learned phrases and words in DARI; increased effectiveness in the field

o assisted Soldiers in the completion of ISOPREP training and documentation