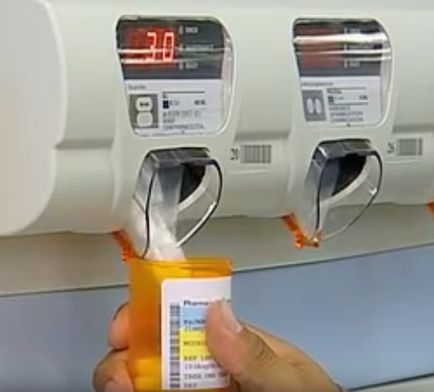 o integrated the Army Values and Warrior Ethos into the unit's operations; always gave credit to the team for successes

o set high physical standards for the department; developed a rigorous PT plan that increased the overall scores by 20 points

o engaged with the staff on a continuous basis to ensure operational workflow was functioning; resulted in 50% reduced wait times

o organized and led multiple EO observances for CRDAMC; emphasized the importance of the program to all junior enlisted SM

o developed an on-call roster for the Pharmacy for TSMP items; prevented zero loss of cold chain medication during his tenure

o trained and mentored 12 junior Soldiers within the section; encouraged 2 Soldiers to compete for EFMB and Air Assault

o selected above his peers as the Troop Command EOL; ensured 100% training compliance for over 500 Soldiers

o accounted for over 900 line items of property worth in excess of $5.5 million for Pharmacy; ensured zero loss of equipment

o led the company commander's remedial PRT session; resulted in 10 Soldiers passing the APFT and removed from the program

o completed the Key Control policy process; reduced errors to zero which led to the overall success of the Regional OIP

o exceptionally skilled in her field; used her deployment experience to prepare the incoming Pharmacy NCO for deployment operations

o motivated and disciplined NCO who constantly led by example for subordinates, peers and seniors to emulate

o hand selected by the command team to serve as rear detachment NCOIC; displayed unparalleled devotion to her Soldiers' needs

o exceeded the commands' expectation while serving as rear detachment NCOIC; a position traditionally held by a senior NCO or Junior Officer

o developed and presented a class to 21 personnel within the brigade on the proper handling, storage, and turn-in of pharmaceuticals

o maintained and accounted for the rear detachment primary hand receipt valued in excess of over $200,000 without loss

o coordinated the successful movement of $500,000 worth of company assets to JRTC Rotation 10-03 while serving as the UMO

o encouraged her Soldiers to enroll in military and civilian courses; instilling the need for professional growth

o directly attributed to the success of the BN PSD during JRTC Rotation 10-03, resulted in a seamless transition for the base defense operation in support of OEF XI

o maintained 100% accountability of all assigned equipment valued over $1,000,000 with no losses

o displayed proper military bearing at all times; demanded the same from her Soldiers

o stepped up as the BMSO NCOIC during the JRTC Rotation 10-03; processed over 290 Class VIII receipts valued in excess of $50,000

o maintained 100% accountability of all assigned equipment without loss

o selected over five NCOs to perform duties as the Company Operations NCO; resulting in a smoothly ran orderly room in support of 78 Soldiers

o continually set the example for his Soldiers through his actions, demeanor, and tireless work ethic

o displayed the courage, candor, and commitment to be physically and mentally prepared for peacetime and combat missions

o instructed 21 Soldiers on the proper handling, storage, and turn-in of pharmaceuticals

o made strong decisions based on guidelines and experience

o took genuine pride in her appearance to while remaining professional

o flawlessly performed the duties of platoon sergeant in his absence

o demonstrated a personal concern for Soldiers assigned to her squad