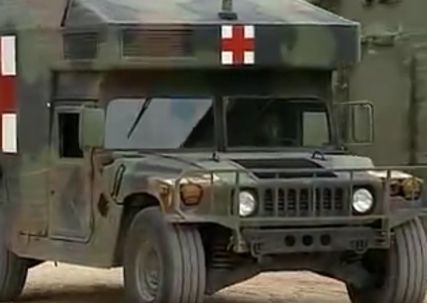 o as an Ambulance Driver/Aid Man, demonstrated proficiency and knowledge of his job well above his peers

o progressed from duties as squad leader, to Senior NCO over numerous projects, to responsibilities as aide/advisor to the Commander and CSM

o exceptional NCO; voted the Instructor of the Cycle over 60 NCOs for class 5-10

o selected to fill the role of SMTS NCOIC on multiple occasions without compromising the mission, the caliber of training and the safety for students and cadre

o selflessly volunteered to participate in multiple outreach functions for the SAMC that helped over 2,000 Soldiers and civilians in the local community

o superbly trained over 5,000 Soldiers on BAS, MOUT, patrol, convoy, and FOB operations that will increase their expertise and survivability during combat operations

o his strong emphasis on professional growth encouraged 100% of his NCOs to enroll in college courses; over 30 college credits were completed

o effectively maintained 100% accountability of over $10,000 supplies and assisted with $1,000,000 in supplies and equipment without damage or lost

o created and implemented a training regiment that trained more than 500 Soldiers on mild traumatic brain injuries; resulted in 100% completion of training for the battalion

o selected over five senior NCOs by the battalion CSM to assume the duties as senior medical trainer for an outlying FOB EMT mission; trained over 50 ANA Soldiers

o provided U.S. Army coaching and mentorship philosophy to a resource strained EMT; responsible for the training and medical qualification of 60 combat ANA

o spearheaded the development and implementation of a CLS course for the ANA, resulting in 30 CLS qualified ANA soldiers, enhancing their combat effectiveness

o volunteers for tasks on a daily basis

o worked as Range Safety for more than 50 small arms ranges, supervising more than 700 firers with no safety incidents

o aggressively tracked MEDPROS status for over 400 unit members; assisted unit First Sergeants in increasing their medical readiness from a 74% Battalion average to 93%

o SM completed BCT3 training course honing his expertise in the field of combat medicine, while in turn increasing the sustainment probabilities of the unit's fighting force for MOB

o while in the WTU, seved as a first responder, helped insure that the best medical treatment possible was being receved including IV's proper o2 levels and medical transfer was properly recorded for transfering to further care.