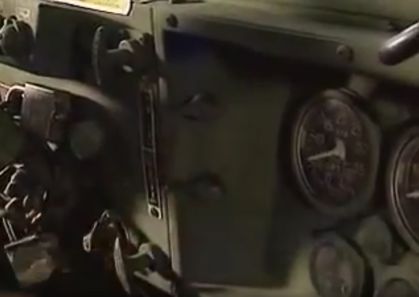 o outstanding addition to the 396th Composite Truck Company; understands all vehicles and one of the most reliable operators; multiplied section capability

o delivered over $10,000,000 worth of class VII cargo for deploying units safely to the shipping port

o dedicated himself to the care and maintenance of assigned vehicles; efforts were vital to the success of Guardian company and the completion of multiple missions

o aided leadership in Mountain Peak training and assisted in dispensing 1500 gallons of diesel fuel to multiple units within the battalion; key to mission operations

o moved 7 palletized mine rollers from the 2-137 motor pool to the stone ramp with the M1120A4 LHS; accomplished with minimum resources

o completed a high risk movement of mine rollers on time with a minimum of equipment; no damage to equipment or personnel

o turned in more than $1,000,000 of excess property within the Battalion's footprint during Task Force Harvest; reclaimed company fiscal resources

o assisted in the movement of 32 ISU 90s in direct support of Operation Atlantic Resolve, his efforts resulted in the Battalion's successful mission

o served as a truck commander on more than 30 combat logistics patrols, escorting over 800 military and Local National vehicles without incident while supporting Forces throughout RC East

o served as Range Safety, walked the line making sure safety protocol was followed, dealt with weapons malfunctions, and helped shooters with their technique

o arranged weekly inspections to ensure equipment was being properly maintained, and that no fraud, waste, or abuse of government equipment was occurring

o deployed to Afghanistan in support of OPERATION ENDURING FREEDOM

o qualified expert on assigned weapon and the M240B

o utilized composite risk management in all aspects of his duties as the Unit license examiner; foresight prevented obstacles to training

o handled all radio communications during QRF operations outside the wire; ensured all trucks and A Troop staff had situational awareness

o arranged weekly inspections to ensure equipment was being properly maintained, and that no fraud, waste, or abuse of government equipment was occurring

o executed the coordination and movement of more than 75 loads of Class I-IX supplies worth over $1,900,710 without incident

o worked hard to develop morale, discipline and self improvement in his subordinates by mentoring and coaching his Soldier

o executes assigned and implied tasks without supervision, including transport of 184 pieces of equipment to new arms and supply rooms with zero losses

o advise 11 Officers and one senior NCO on 10 major logistic and personnel platforms, including PBUSE, SAMS-E and LOGSA

o planned the successful and safe movement of three round trip convoys from Brantley and Clayton during Task Force Sustainer 2012 to Camp Atterbury, Indiana

o managed the relocation of motorpool consisting of 45 vehicles and 10 CONEX boxes of parts and supplies by road, rail, and sea from Sierra Army Depot to Mosul, Iraq with no loss of cargo

o accomplished the movement of 170 Soldiers and 124 tons from Fort Sill, Oklahoma into theater while maintaining 100% accountability of the unit's and Soldier's personal equipment

o instructed the platoon, during LZ operations, on how to conduct LZ operations which was vital to the success of TF Chosin