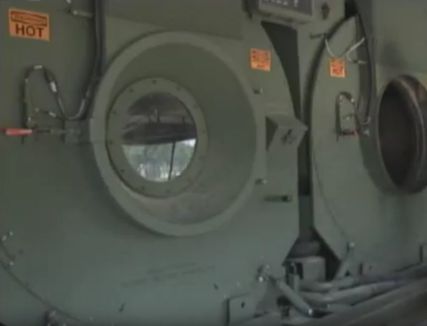 o processed laundry for over 420 soldiers, exceeded standards for service and cleanliness

o accepted/delivered over 120 loads of laundry every week, each weighing over 200 pounds

o supported the 101st Airborne Division in their training exercise through the planning, emplacement and execution of shower services for 150 Soldiers

o chosen above four staff sergeants to serve as Platoon Sergeant for 35 Soldiers; his platoon is considered the best platoon in the company

o personally trained, mentored and coached one sergeant and four specialists to earn their promotable status: one corporal achieved the rank of sergeant

o ensured training was effective and timely, a support to the unit's mission

o instilled Soldiers dedication to self-improvement; ensured ten Soldiers enrolled in the FAST course resulting in an average raise of 15 points to their GT score

o flawlessly managed a SLCR team that processed over 5,000 bundles of laundry with zero errors; while maintaining a 24 hour or less turn around time

o completed 21 semester hours toward a Bachelor's Degree in Business Management while maintaining a 4.0 GPA

o determined and confident NCO that challenged subordinates to improve their physical conditioning; one Soldier won first place in the five mile run from 3/8 IN BN

o encouraged Soldiers to exceed standards on physical training; four Soldiers achieved 290 or above on the APFT

o provided exceptional morale building laundry support during OND to over 3,000 coalition forces at COS Garry Owen; processed over 12,000 bundles of laundry

o led her subordinates on the laundry mission at COS Garry Owen during one of the most dangerous times resulting in zero injuries; 6 Soldiers received CABs

o led a two man team on an operation of Mobile MRT mission at COB Spiecher; processed six containers of excess property and recouped $300,000 worth of supplies

o provided excellent accountability and care of theater provided equipment valued in excess of $1.5 million without loss or damage

o instilled in Soldiers the importance of accountability for their actions and the responsibility of taking care of themselves, their comrades and their equipment

o selected over five senior Staff Sergeant to perform duties as the Company 1SG in the 1SGs absence; flawlessly performed two levels above his rank

o completed 15 semester hours towards an Associates of Arts Degree in General Studies while maintaining a 3.5 GPA

o sacrificed countless hours of personal time on weekends to conduct PT with his Soldiers; ensuring that they were able to meet the Army Physical Fitness standards

o displayed professionalism and confidence at all times; a model NCO for all Soldiers

o led his team on the laundry mission at COS Gary Owen, Iraq during one of the most dangerous times resulting in zero injuries; six Soldiers received CABs

o mentored two NCOs and two Soldiers to attend the promotion board while serving in an hostile environment; Soldiers were recognized by the CSM as being well prepared

o trained his platoon on unit level maintenance procedures for the Laundry Advance System; paralleling them to process over 65,000 bundles of laundry during OND

o effectively trained his platoon on all aspects of daily SLCR operations; enabled them to support over 2,500 Soldiers at Camp Red Devil

o placed an unrelenting emphasis on safety during all missions and training; made composite risk management an integral part of everyday planning

o successfully completed Combatives level I during this rated period

o set stringent achievable performance standards for his subordinates; instilled the importance of education by enrolling them in the FAST class

o consistently led from the front in all aspects of training, Soldiering and leadership

o instilled Soldier's the importance of accountability for their actions an the responsibility of taking care themselves, their comrades, and their equipment

o flawlessly managed a SLCR team that processed over 5,000 bundles of laundry with zero errors while maintaining a 24 hour or less turn around time during the deployment

o profile did not hinder his ability to lead his Soldiers

o led and supported his subordinates on a laundry mission at COS Gary Owen during one of the most dangerous times resulting in zero injuries; six Soldiers received CABs

o solid leader, possessed a genuine concern for Soldiers and Family members that is unparalleled for a leader with such few years in service

o maintained over $934,800 worth of MTOE equipment at an operational readiness rate of no less than 98%

o successfully led a three man team to process over 300 containers during the MRT mission to Mosul, Kirkuk and Tikrit, saving the Army over $150 million on supplies

o his unrelenting emphasis on safety resulted in zero accidents during this rating period; several of his Soldiers received accolades for being safety conscious

o supported over 150 Soldiers from the 101st Airborne Division with showers during their training at Camp Red Devil; increased Soldiers morale by 100%

o set stringent achievable performance standards for her subordinates; instilled the importance of education by enrolling them in the FAST class and college

o selected by the platoon sergeant and platoon leader to handle high profile and the most difficult missions; always out performed her peers

o maintained 100% accountability and operational readiness for equipment valued in excess of $750,0000 worth of platoon equipment without damage or loss

o accepted responsibility for her actions; not afraid to make and stand behind hard decisions

o had an extremely positive impact on her Soldiers; they would follow this NCO into battle