Chief Warrant Officer Three (CW3) Name has distinguished himself through exceptional performance of duty and dedicated service culminating with his retirement of over 21 years of service in the United States Army. Throughout his career, CW3 LNAME has constantly displayed the traits of Army Strong leadership; conduct that exceeded any and all performance standards, a tireless and selfless dedication to duty, and sound professional judgment. As a multi-functional logistician, he provided invaluable technical and tactical support to the War-fighter wherever he has been assigned. As a combat tested Soldier he has accomplished every mission placed before him in an exemplary manner from his garrison units through Operation OIF/OEF, to the continuing fight on the Global War on Terrorism in a superb manner. While assigned to the following units 1916th Support Squadron, Fort Irwin CA, as the Maintenance officer, Maintenance Troop 11th ACR, Fort Irwin CA as the Unit Maintenance Officer, 1/11th ACR Squadron Maintenance Officer, HQDA G4 Pentagon with duty in and CASCOM, ESD CW3 LNAME exemplified himself in each and every command. Every unit commander he worked for stated that he was among the very best with every command echoing the need for him to be promoted ahead of his peers. It was well known that any project that FNAME worked on quickly earned a stamp of excellence. He held many different duties through out his career which include; Support Squadron Maintenance Officer, Unit Maintenance Officer, Squadron Maintenance Officer, HQDA G4 LNO with duty servicing the Pacific and as a Global Combat System Support - Army (GCSS-Army)Capability Developer.

Among many of his achievements some of the noted include the following: Commended for the outstanding results on the Army Award for Maintenance Excellence (AAME) as the first Global Combat System Support Army (GCSS-Army) to compete for this award. CW3 LNAME earned the top spot of all junior officers in his Regiment. CW3 LNAME became the key-player in fielding for GCSS-Army across the Pacific with a keen eyesight for error detection, his efforts resulted in a 100% successful fielding for all of Korea, Japan, and Guam. While deployed to Kirkush Military Training Base (KMTB) Iraq, FNAME was chosen to spearhead the maintenance portion of the Logistics Training Advisory Team to help advise and train the Iraqi Army. He enhanced the overall efficiency of the 5th Division Iraqi Army maintenance program by effectively teaching and mentoring the higher echelons on all technical aspects of the M 1115 HMMWV. FNAME earned the title of being the best Maintenance Officer that his command had ever worked with. He was credited with spearheading the Convoy Maintenance Support Team in Iraq which would aid all convoys traveling through the theater of operations with needed maintenance repairs. The culmination of CW3 LNAME military career was his assignment to CASCOM from January 20XX through January 20XX and again in May of 20XX through November 20XX, providing essential enhancements, system development, and other functional analysis in support of current and emerging information systems critical to Army Force Generation and Sustainment Operations. He served as the Global Combat Support Systems-Army (GCSS-Army) Functional Maintenance Assistant Team Lead in the Enterprise System Directorate (ESD). As such, he was among the few Functional Capability Developers who greatly influenced the design of the GCSS Army System across multiple areas under design and development to include such areas as: Supply, Plant Maintenance, Property Book, DFPS, HR, and Financial Modules. CW3 LNAME's tireless efforts and dedication to the program paved the way for GCSS-Army fieldings, leaving a legacy that will impact the Army for the next 30 years. The success achieved in these events are directly attributable to CW3 LNAME's professionalism. CW3 LNAME's professionalism, knowledge and guidance has helped successfully field GCSS-Army to the War-fighter. CW3 LNAME's 21 years of service are in keeping with the finest traditions of military service and has provided the United States Army with an extreme wealth of knowledge.

In recognition of your outstanding performance while serving as a light wheeled vehicle mechanic for 1st inland cargo transfer company, maintenance section From 2011- 2014. Your diligence and dedication greatly contributed to the accomplishment of the mission. Your dedication to duty and service are greatly appreciated.

NARRATIVE TO ACCOMPANY THE AWARD OF

As the Strategy and Policy Branch Chief, Stability Operations Division, Lieutenant Colonel Padden positively and directly influenced Army and Department of Defense Policy and program recommendations to the Chief of Staff, Army; the Vice Chief of Staff, Army; and the DCS, G3/5/7 on a daily basis. His carefully communicated advice reflected the depth and breadth of his considerable experience and affected future programs and policy that will carry the Army through the end of sustained combat operations and into an Army focused on building the capacity of the partners of the United States.

Lieutenant Colonel Padden played a key role in the transition between Operation Iraqi Freedom and Operation New Dawn by carefully managing over 250 External and Stability Transition Teams as the Chief of Transition Team Operations for the J3 in United States Forces Iraq. His guidance and leadership were instrumental in navigating the complex and critical issues surrounding the Iraqi people's realization of sovereignty and the Iraqi Security Forces being thrust into the lead role for security operations. Lieutenant Colonel Padden performed this task, at a critical time in Iraq's evolving history. His success was built upon his superb efforts in his previous post which saw him mentor, coach, train and lead by example what would become the best brigade in the 2nd Iraqi Army Division, in Mosul, then the most complex and lethal part of all Iraq.

As the Inspector General for the District of Columbia National Guard from 2005 until 2008, Lieutenant Colonel Padden was credited for restoring the positive command climate that had been missing from the command. He achieved this by first clearing the backlog of Inspector General cases that dated back to 2001 and then ensuring timely disposition of the 185 new cases that were presented to him during his tenure. Through integrity, compassion, equality, fairness and outstanding leadership, Lieutenant Colonel Padden earned his exceptional reputation as the go to guy for the entire District of Columbia National Guard force including commanders, staff, retirees and family members.

As a Training Support Battalion Commander in the early years of Operation Enduring Freedom, Lieutenant Colonel Padden employed the diverse characteristics and capabilities of the 1st Battalion, 310th Regiment to fully prepare National Guard and Army Reserve Brigades for deployment to Afghanistan for combat operations. As the vanguard in preparing deploying forces, Lieutenant Colonel Padden created and employed techniques for instruction, sequencing and evaluation that became the baseline for the next ten years of Army efforts to ready and deploy forces from the Reserve Component into combat.

Spouse Recognition - Outstanding Military Wife
Ms Smith has distinguished herself by putting the needs of everyone above herself, never faltering when others needed her help or advice. She has accompanied us on multiple deployments to stations around the world, far from family and support, where she endured lonliness, loss of career, hostile fire, less than desirable living conditions, and never ending demands on her time. Ms Smith braved numerous missions and navigated unchartered airports alone, without benefit of support, with courage and bravery that inspired and sustained those who depended on her. She kept the troops supplied with nourishment, clean and serviceable clothing and was often the only person with the maturity to make unpopular but necessary command decisions. The heroic accomplishments of Ms Smith serve as an example to all who knew her and reflect great credit upon herself, the Wolverines, and the United States Army.

Proprty Book Officer
FOR MERITORIOUS SERVICE AS THE 260TH QUARTERMASTER BATTALION PROPERTY BOOK OFFICER AND AS THE PROVISIONAL SUSTAINMENT BRIGADE PROPERTY BOOK OFFICER FROM 10 SEPTEMBER TO 08 DECEMBER 2010. CW2 JOHNSON'S KNOWLEDGE, EXPERTISE, AND DEDICATION TO DUTY WERE A DRIVING FORCE BEHIND THE SUCCESS OF MANY DEPLOYMENTS AND OPERATIONS WITHIN THE BATTALION AS WELL AS THE BRIGADE. HER EXEMPLARY PERFORMANCE OF DUTY WAS IN KEEPING WITH THE HIGHEST TRADITIONS OF MILITARY SERVICE, REFLECTING GREAT CREDIT ON HERSELF, 260TH QUARTERMASTER BATTALION, 3RD SUSTAINMENT BRIGADE, AND THE UNITED STATES ARMY.

Medical Platoon Sergeant
FOR OUTSTANDING MERITORIOUS SERVICE AS THE MEDICAL PLATOON SERGEANT WHILE ASSIGNED TO THE 3RD BRIGADE SPECIAL TROOPS BATTALION, IN SUPPORT OF OPERATIONS IRAQI FREEDOM AND NEW DAWN. SFC ZOTTO'S SELFLESS SERVICE, DEDICATION TO DUTY AND COMMITMENT TO EXCELLENCE ARE IN KEEPING WITH THE FINEST TRADITIONS OF MILITARY SERVICE AND REFLECT DISTINCT CREDIT UPON HIMSELF, THE PHOENIX BATTALION, THE IRON BRIGADE, AND THE UNITED STATES ARMY.

Legion of Merit, Retirement
For exceptional meritorious service from 21 April 1992 to 30 August 2003 culminating with the second United States Army as a Senior Enlisted Advisor, Ordnance Team, Readiness Group Redstone, Hunstsville, Alabama. Throughout his twenty four years of service, Master Sergeant Carter has distinguished himself by exceptional duty performance in positions of importance and responsibility. During his career, Master Sergeant Carter demonstrated extraordinary leadership, technical, and training skills thereby enhancing the readiness of numerous units in the total army. His career has been marked by true professionalism and dedication and reflects great credit upon himself, the Readiness Group Redstone, and the United States Army.

Defense Meritorious Service Medal, Operations/Training Advisor
Major Heathcliff Huxtable, United States Army, distinguished himself by exceptionally meritorious service as Operations/Training Advisor, Air Defense Readiness Branch, Readiness Division, Office of Military Cooperation, Alabama, from 7 April 2005 to 11 December 2006. During this period, Major Huxtable agressively pursued an expansion of existing Air Defense operational capabilities within the Alabama Air Defense Brigade. He provided outstanding technical expertise, keen foresight, and creative ideas to his Alabama counterparts to support the fielding of Alabama Patriot. This Foreign Military Sales (FMS) case, valued at $800 million, will provide the means for Alabama to defend itself against missile and aircraft attack for the next two decades. Major Huxtable was the driving force in the development of the first ever Alabama Air Defense standard operating procedures manual which incorporated the battlefield operating systems and was tailored to maximize air defense coverage for the state of Alabama. He devised a short-range air defense concept utilizing the current assets within the Alabama Armed Forces to provide coverage and protection for the maneuvering land forces. Major Huxtable's professionalism and outstanding achievements reflect credit upon himself, the Office of Military Cooperation, Alabama, the United States Central Command, and the Department of Defense.

Citation to accompany the award of the Meritorious Service Medal
For meritorious service while assigned as the Noncommissioned Officer in Charge of the Support Operations Section. His leadership and selfless devotion to duty enhanced operational support and ensured mission accomplishment. Staff Sergeant Carter's professionalism reflects great credit upon himself, the 1st Armored Division and the United States Army.

Certificate of Achievement
For support for III Corps Dark Anvil Exercise 2004. As a contributing member of the 411th Theater Signal Command, Sixth United States Army, G6 staff, you provided critical staff analysis and communications support to warfighters. Your contributions serve as a sterling example for all and are in keeping with the finest military traditions. Your distinctive accomplishments reflect great credit upon yourself, the 411th Theater Signal Command, and the Sixth United States Army.

Certificate of Appreciation
The Command Team at the Andrew Rader US Army Health Clinic wishes to express our sincere appreciation for your Selfless Support to our Soldiers. Your outstanding contributions enable our Soldiers to complete their missions at the highest level of satisfaction. We are proud to recognize your personal sacrifice to our Soldiers who preserve our Nations Security. Rader Pride. One Team!

Certificate of Appreciation
For your outstanding support in recognition of Asian Pacific American Heritage Month 2006 observance, "Unity in Freedom", held 12 May 2006, 6th Area Support Group, Stuttgart, Germany. Your logistical and operational skills significantly enhanced the execution of this event and gave the audience a better perspective into the Asian Pacific culture. I want to thank you for a job well done and look forward to your continued success in the future. 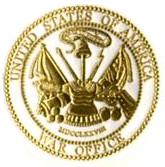