Counseling for Destruction of Government Property

One 23 July 16, several members of this unit, and possibly other units, participated in a party held in an unassigned, unsecured room on the second floor of Temporary Billeting (Building 3601). At some point during the evening, a mattress and a lamp were thrown out of the second story window.

Using that room was unauthorized use of government property. The person(s) responsible for allowing access and the Soldiers who knowingly occupied an unauthorized dwelling are subject to punishment under the UCMJ.

The furniture in that room belongs to the installation and throwing it out of the window was malicious, intentional destruction of government property. The person(s) found to be responsible will be subject to punishment under the UCMJ.

Throwing objects out of a second story window endangered anyone who happened to be in the area, was irresponsible behavior and conduct unbecoming of a member of the U.S. Army. The CID is investigating the incident and may contact you for further information.

The Commander will appoint a Senior NCO to conduct a Report of Survey. He will interview all parties involved, take written statements, and determine fiscal responsibility. The value of the property damaged or destroyed determines the maximum amount which may be adjudged. An individual's liability is usually limited to the actual loss to the government or one month's basic pay at the time of the loss, whichever is less. However, for damage to government quarters or their contents, liability may be the full amount of the loss, if the damage resulted from gross negligence or willful misconduct.

In addition to repaying the government for the loss of property, you are liable for punishment under the UCMJ. The maximum punishment under Article 108 for the willful destruction of government property valued at $500 or less is a Bad Conduct Discharge and/or 1 year confinement and/or forfeiture of 2/3 pay for 6 months.

At this time, the billeting room requires cleaning and minor repairs and is unavailable for assignment. Report to the Billeting office at 0700, 26 July, to participate in the clean up of room 224 and the surrounding area. Do not leave until released by MSG Wells.

Beginning on Monday, 31 July, report to the Orderly Room daily at 0800 for corrective training.

Although the extent of SPC Sullivan's involvement has not been determined yet, I have informed SPC Sullivan of his right to seek counsel with the Legal Assistance office (must make an appointment/432-XXXX). 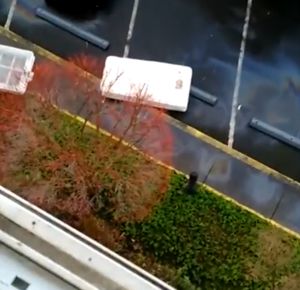