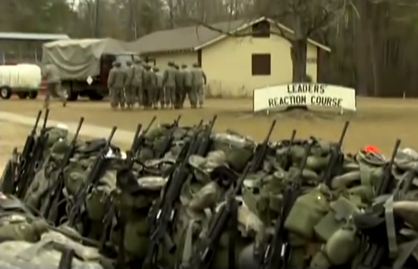 o balanced mission and training requirements; inspired Soldiers to further their careers while simultaneously preparing them for follow-on assignments

o recognized by CSM for maintaining composure during CLS and TCCC FTX; provided combatant care while clearing a tri-level building

o advised 20 couriers, one team lead, and the PPV Branch chief on transportation, maintenance procedures and policies on fleet management

o was the NCOIC at the M240B and M249 Machine Gun range, trained and evaluated 50 Soldiers

o motivated three soldiers to achieve Soldier of the Quarter

o trained and deployed half the team as a separate unit and then quickly integrated with other unit members; a true team player

o committed to providing the best quality of life for soldiers

o a real leader, gives 110 percent; demands soldiers' best and looks out for their needs

o routinely sought by other NCOs for advice and guidance

o his devotion to duty is always evident

o instilled a mission-first attitude; motivates entire unit to do the same

o outstanding as a squad leader; an E-6 position

o pointed out leadership faults in front of peers and subordinates resulting in a continued, already toxic work environment

o led only when directed to; needs to take initiative for leading Soldiers he is responsible for

o failed to seek clarifying guidance when faced with a difficult task; unable to communicate his need for assistance during adversity

o led only when directed to; needed to take initiative for leading Soldiers he is responsible for

o incapable of conducting recruiting duties during the majority of the rated period; removed from a position of special trust

o Soldier did not advocate for nor take advantage of any leadership opportunities; actively avoided such challenges

o set one of the worst examples of leadership in the Unit and was generally distrusted by seniors, peers, and subordinates

o negatively affected Unit retention numbers; Soldiers that worked with him often went AWOL or would not reenlist because of his conduct

o alienated Soldiers with integrity who pointed out inaccurate reports and claims; discouraged honesty and jeopardized the mission

o as Det Chief, forced his captive audience to listen to his personal political views on a daily basis; wasted time and resources and lowered morale and productivity