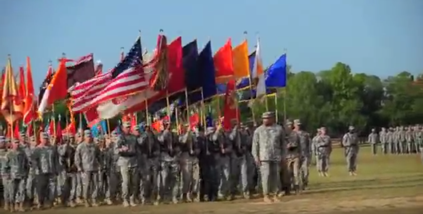 o projects self-confidence, authority, and enthusiasm; a dynamic and energetic NCO who is an exceptional role model for Soldiers

o scored a 282 on his last APFT, exceeded 90 points in each event and earned the Army Physical Fitness Badge

o his bearing and decisiveness resulted in his selection to escort two BG, one MG, and one GEN during training and deployment

o put an end to bullying and out-of-control behavior; enforced standards and restored a professional and productive work environment

o maintained uniform appearance according to AR 670-1, and set the standard for new female soldiers in the RSP unit

o consistently stood out as the epitome of a U.S. Army NCO

o possessed physical and mental stamina; exhibited confidence and enthusiasm with every task/mission without regard to level of difficulty

o demonstrated confidence and physical endurance to his seniors, peers and subordinates

o maintained high levels of physical fitness under austere conditions while deployed to...

o projected self-confidence, authority, and enthusiasm during the entire deployment

o participated in a total of 12 races logging in over 300 off-duty hours devoted to training; competed in 10ks, triathlons, and other endurance-based obstacle course races

o implemented and conducted a challenging and rigorous PT regimen, which resulted in a squad average of 266; setting the standard for his Soldiers to emulate

o consistent high standards for personal appearance and discipline; enforced those standards on NCO's and Soldiers

o displayed physical stamina during combat operations carrying over 72 pounds of mission essential equipment in excess of 9,000 feet of elevation

o volunteers to work night missions after working the day shift. Has the Stamina to see missions through to completion

o achieved 275 pts on his APFT; coached eight Soldiers in his platoon to achieve the demanding Army physical fitness badge

o consistent high standards for personal appearance and discipline; enforced those standards on NCOs and Soldiers

o consistently scored 270 and above on APFT test

o failed to properly train his/her Soldiers in physical training, resulting in their failure of the APFT

o increased APFT score by 67 points during this rating period

o agile! Accomplished combat operations dismounted, by air, and in tanks or HMMWVs

o instilled confidence and pride in soldiers through mentorship

o her mental toughness and bearing were beyond reproach

o possesses the stamina and will to continue when others stop

o demands and enforces high standards of his soldier’s appearance

o demonstrated stamina and will to survive at JRTC

o sought to challenge himself by competing at multiple battalion level boards; was selected as the Group Support Battalion NCO of the month for 2nd Quarter

o frequently missing from his place of duty; often found annoying the members of other offices

o made satisfactory progress in run time but still approaching minimum standards in...

o counseled twice for disrespect toward an NCO; focus on relationship skills

o took an apathetic approach to the health and welfare of troops; resulted in entire squad failing to meet the height and weight standard

o failed to meet the body fat standards during rating period; maintained three to eight pounds of weight loss and removed himself from the AWCP

o soldier is on profile and cannot conduct an Army Physical Fitness Test, or participate in any physical training events

o he continued to undermine what it means to be a soldier, let alone a leader

o personal issues are interfering with conduct on the job