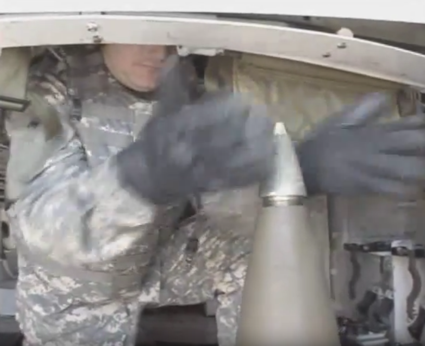 o his actions as a Gun two gunner of Charlie Battery, helped his section achieve "Top Gun" for the 2011 Annual Training period

o fired over 5,000 rounds for the Brigade and assisted in the certification of 30 radar section and all of the howitzer section in Alpha, Bravo, and Charlie battery

o selected by BN leadership over two SFCs to serve as the BN Battle NCO due to his experience, attention to detail, and technical and tactical competence

o as BTL CPT, ensured timely and accurate tracking of over 200 patrols moving through the Battalion's OE, providing support and operational updates

o designed, implemented and maintained a rigorous fitness program for his platoon; resulting in the platoon average being raised 43 points in a six month period

o ensured every Soldier is trained to the highest standard

o versatile NCO; assigned to every position up to Section Chief

o fired over 1000 rounds during several ranges accurately and safely