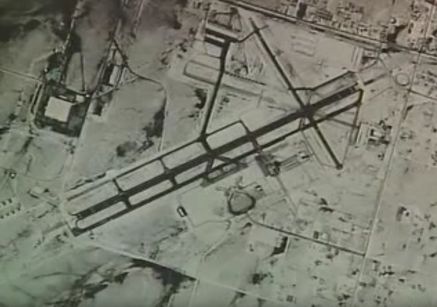 o created and implemented Physical Readiness Training schedule for his section; resulted in one GEOINT Soldier coming off the weight control program

o pivotal to the successful synthesis of Imagery Intelligence and Terrain assets; his efforts lead to the creation of the Division's first fully integrated GEOINT cell

o supervised the production and quality control of over 100 time sensitive requests for information; products used in support of training and deployment planning operations

o encouraged all members of his squad to take advantage of the Army Continuing Education System; resulted in two of his Soldiers enrolling in college courses

o supervised cross-training between Geospatial Engineers and Imagery Analysts on production procedures, developing the first phase in the formation of a GEOINT cell

o managed the imagery systems for 1AD G2 ACE; played a critical role in the sections ability to provide the latest Geospatial information at Division level

o instituted daily risk mitigation measures; leadership resulted in no accidents or personal injuries to Soldiers, on or off duty, despite the unit's high operational tempo

o led all other NCOs and Soldiers in production of imagery products within section; created well over 1,000 products in support of INSCOM and SOCOM requirements

o directly responsible for the training and certification of over 40 Soldiers during battalion driver's training; licensed 100% of participants

o oversaw ISA operations for entire G2; managed accountability and movement for over 100 million dollars worth of sensitive classified equipment in support of OIF 10

o assissted the Company with HMMWV Egress Assistance training; trained over 175 Soldiers on HMMWV rollover drills within the unit

o maintained 100% accountability of highly classified equipment valued in excess of $24,000,000 during two major Division exercises and deployment to OIF 10-11

o identified a Soldiers excessive drinking habits and encouraged him to self-enroll in the Army Substance Abuse Program; enabled the Soldier to overcome binge drinking

o trained one Soldier on supply discipline which proved effective in his ability to maintain accountability of section requests that regularly exceeded $1,500 a month

o trained and mentored two Soldiers on proceedings for the Battalion promotion board; led to both Soldiers earning their promotable status

o facilitated the acquisition of load plans for the Distributed Enabled Common Ground Station (DE-CGS) from 4/1 AD; saved the section from having to develop new plans

o took the initative to broadcast weather advisories to units in Iron Focus while serving as Sergeant of the Guard; ensured commanders were aware of developing storms

o displayed confidence by recognizing the importance of military appearance

o supervised the posting of all GEOINT products to the 1st Armored Division's NIPR and SIPR portals; ensured widest dissemination to customers

o served as a lane safety during Battalion range week; coached over 70 Soldiers on marksmanship fundamentals resulting in 95% of them qualifying with their weapons

o developed and managed an inventory to build list; ensured operational continuity for five inkjet plotters that printed dozens of maps daily in support of a division staff

o groomed a junior sergeant to serve as the IMINT NCOIC in preparation for his six week TDY absence; resulted in his subordinate yielding commendable results

o led all other NCO's in production of imagery intelligence products within the section; personally created well over 200 products in support of OIF 10-11 and OND

o mentored one Soldier to win the Company Soldier of the Month Board; dedicated an additional 40 hours of training to prepare Solider for Battalion Soldier of the Quarter

o challenged subordinates to attend mock boards for professional development; resulted in each of his Soldiers attending over six mock boards during OIF 09-11

o trained three NCO's and four subordinates on the Light Detection and Ranging (LiDAR) elevation tool; resulted in over 15 state of the art security assessments

o encouraged his Soldiers to enroll in online correspondence courses; resulted in his section completing over a combined total of 100 hours of Rosetta Stone Training