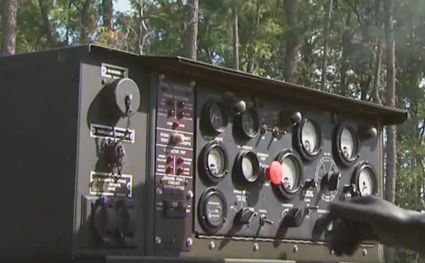 o assisted with the excess turn-in of more than 52 recoverable repair parts which returned over $157,000 to the Army supply system and cleared overage report

o supervised a nine Soldier scheduled maintenance team; completing over 212 services within a one year period

o dedicated to the Battery Maintenance shop and Supply Support Activity; he recharged over 450 batteries thus saving the Brigade over $200,000

o put in long hours setting up the sleep area, CP, and the motorpool tent without incident

o volunteered for extra duty as a member of the Retrograde and Property Assistance Team (RPAT); recovered over $1,000,000 in serviceable equipment

o served with the Counter Iraqi Training and Equipment Funding Program; was instrumental in the proper execution of property accountability

o supervised the only Battery Maintenance shop in 4/10 MTN; recharged over 450 batteries thus saving the Brigade over $200,000

o made authorized modifications on starters for different lines of military equipment to include the C15, PLS, and 903 programs

o worked outside of his MOS, as he prepared to cross-train as a wheeled vehicle mechanic and completed numerous services

o tore down Clamsheel shelter in less than 36 hours which allowed for more runway space at Ali Air Base, Iraq

o showed dedication to duty in setting up area of operation, maintenance tents, and power generation and distribution during FTX

o spent hundreds of hours of overtime to repair 28 vehicles which saved the unit more than 40,000 dollars

o maintained all unit generators to the highest standard

o sets high standards for himself and all others